Why You Should Join, or Start, a Pre-Optometry Club

Even though you may have already decided that you want to be an optometrist — an exciting, in-demand, well-paying career — it doesn’t mean you couldn’t benefit from some help along the way. Joining a pre-optometry club is a great way to learn things you need to know about academic requirements, the Optometry Admission Test (OAT) and OptomCAS for applying to optometry school. But the clubs offer much more, too.

They invite speakers to inform and inspire members by providing information on a wide range of topics, such as why they chose the profession, the many different ways to practice, eye diseases and current research. Speakers often include representatives from the schools and colleges of optometry, who talk about what makes their programs unique. Club members get involved in the community by doing volunteer work and helping eye health-related organizations with fundraisers. Members of clubs in areas with a school or college of optometry nearby have opportunities to visit campus and interact with optometry students and faculty. Also, a pre-optometry club is a source of support, fun and camaraderie with like-minded students.

Many undergraduate colleges and universities have a pre-optometry club, which you can find at events like freshman orientation fairs or through the university’s website if it lists available activities or registered student organizations (RSOs) on campus. The Association of Schools and Colleges of Optometry (ASCO) provides a list of clubs here, and clubs can register with ASCO to be included on the list.

How the Pre-Optometry Club Helped Me

Here are just a few of the ways students say they benefitted from their involvement with a pre-optometry club. 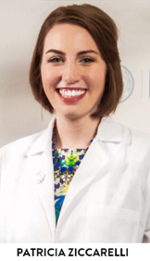 Patricia Ziccarelli (first-year year student at Illinois College of Optometry (ICO); former member of pre-optometry club at Purdue University in Indiana): “My pre-optometry club was very important in solidifying my decision to go through with applying to optometry school. It was nice to meet other students who shared my same goals. We talked a lot about things that we were all going through together such as taking the OAT, navigating OptomCAS and getting teacher recommendations. The club only met once a month or so but it was nice to have a reminder every few weeks about my end goal of being an optometrist. If for no other reason, I am happy I joined the club because it was at a meeting that I was first introduced to ICO, which is where I am a student today!” 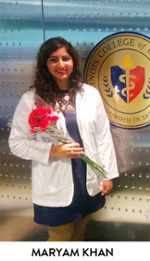 Maryam Khan (first-year student at Illinois College of Optometry; former member, secretary and president of pre-optometry club at Benedictine University outside Chicago): “The leadership experience, including hosting fundraisers and community events, will be something that will help me during and beyond optometry school. The number of members in our club increased every year as awareness of optometry on campus grew. In my first year of undergraduate school, we had 3-5 members and by my last semester we were able to fill a classroom. As we had more members, we added even more events and fundraisers, which led to more awareness and interest in optometry.” 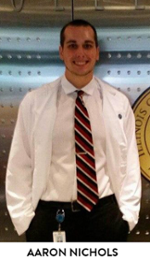 Aaron Nichols (first-year student at Illinois College of Optometry; former member of pre-optometry club at Ferris State University in Michigan): “One of the optometrists who came to talk with our pre-optometry club, Dr. Mark Colip, Vice President for Student, Alumni and College Development at ICO, really sticks out to me as being very helpful. Because the undergrad university I attended has its own college of optometry, I thought I knew what optometry school would be like. However, Dr. Colip explained to us how different students (based, for example, on demographics or personality) are better suited to attend different optometry schools. He explained how life as an optometry student and an optometrist varies in different areas, such as rural vs. major city. He was telling us to find the best place for us, the place we’d be comfortable. That really helped me to broaden my interests when applying to optometry school and realize I wanted to be where I would see the most diseases and potentially more diverse patients.”

No Pre-Optometry Club on Campus? Start One! 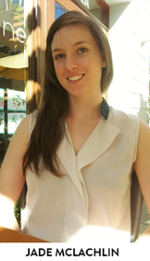 While attending MacEwan University in Edmonton, Alberta, Canada, Jade McLachlin was surprised to learn there wasn’t a pre-optometry club on campus. So she and a friend decided to start one. It required planning and legwork to determine the club’s mission, what type of meetings it would have, how to get the word out about the club and the field of optometry in general, how to elect officers, how to obtain university permission to set up a club (often through an office of student activities or student affairs), how to file an official budget, etc. At times it felt like a lot to do, but you can do it, she says. Her advice: “The best way to go about it is to be passionate! If you’re passionate about starting a club, you’ll find a way to make it happen.”

For more details about how to start a pre-optometry club, read the article Jade wrote for optometrystudents.com and see ASCO’s description at its website.

On April 21, 2015, ASCO is holding another Optometry Virtual Fair. No matter where you are that day, you can hop onto the Internet and live chat with admissions representatives from any or all of the 21 ASCO member schools — all for free. They’ll be waiting to answer any questions you may have. Register today.

Blog
Are You an Optometry Student Who Feels the Need to Lead?
The Importance of Shadowing in Pursuing an Optometry Career