Three ODs discuss what led them to the profession and what keeps them loving it.

Do you have an interest in science, medicine or health care but don’t quite know how to turn it into a career choice? Need some inspiration? If you consider optometry as a career, inspiration is not hard to find. Take for example Drs. David McPhillips, Valerie Kattouf and Neil Gailmard, all highly successful Doctors of Optometry who at one time or another were in the same situation as you.

You Can Take Your Pick from the ManyOpportunities in Optometry 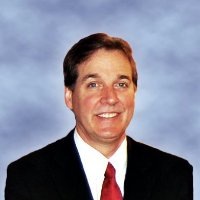 By the time he was in middle school, Dr. McPhillips knew he wanted to do something in health care so he worked several jobs at the local hospital, starting as an orderly and making his way through various other positions. But that wasn’t where he discovered optometry. Instead, while he was a pre-med student in college, some of his former classmates who were attending the Pennsylvania College of Optometry (PCO) suggested he spend some time shadowing them. After doing so several times, including sitting in on classes, he was hooked. “It was so interesting,” he recalls. “The eye itself is amazing, and I saw how many opportunities optometry offers.” Since he graduated from PCO, Dr. McPhillips has seized quite a few of those opportunities and put them to use for the benefit of, literally, the world. He draws immense satisfaction not only from helping patients in his private practice in Horsham, Pa., but also from his roles as director of Eye Care Services with the Genesis Health Care Quakertown Geriatric and Rehabilitation Center and president of Volunteer Optometric Services to Humanity (VOSH) International. The day he spoke with Eye on Optometry, Dr. McPhillips had just returned from examining patients at the center, and he has personally led or participated in more than 40 medical missions with VOSH.

He talks with passion about VOSH’s purpose, which is to provide sustainable vision care worldwide for people who don’t have access or can’t afford it, and with pride about one of the organization’s newest initiatives, VOSH Corps. “Nearly a billion people around the world are functionally blind or visually impaired simply because of uncorrected refractive error, because they don’t have a pair of glasses,” he explains. “The VOSH Corps, a joint effort with the Brien Holden Vision Institute supported by Optometry Giving Sight, recruits U.S. and Canadian optometrists, including recent graduates, to teach optometry for at least one year at emerging optometry schools in the developing world. VOSH missions currently serve about 100,000 patients per year. If just one optometry school has 20 graduates, they could see enough patients each year to equate to 50 missions.”

Tailor Your Optometric Career to Feed Your Personal Passion 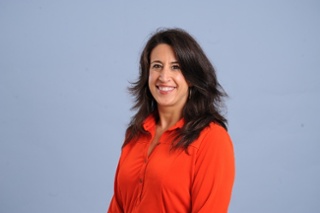 While Dr. Kattouf seemed destined to become a Doctor of Optometry — she always had an interest in science and medicine and her father is longtime optometrist/practice owner and current eyecare business consultant Dr. Richard S. Kattouf — her career didn’t follow the precise path she had expected. “My dad’s practice never seemed like work; it was part of our life,” she says. “I never experienced him talking in a negative way about his career, and that was infectious.”

Dr. Kattouf says she arrived as a student at Illinois College of Optometry (ICO) thinking she’d return home to Ohio after graduation and join her father’s practice, but mentors helped her discover other possibilities. “Dr. Sue Cotter, one of my professors at ICO, was a tremendous role model,” Dr. Kattouf notes. “She engaged my interest in pediatrics and binocular vision and was instrumental in my interest in academics. Also, during my residency at State University of New York College of Optometry (SUNY), another mentor, Dr. Irwin Suchoff, told me that he saw teaching qualities in me, and I found I really did enjoy an academic environment.” When Dr. Kattouf was at SUNY, Dr. Cotter was making a move from ICO to another school and encouraged her to apply for the position she was leaving. “I chuckled and thought ‘I’m too young and inexperienced for that,’ ” Dr. Kattouf says, “but my dad chimed in, too, telling me I should pursue the position.” Ultimately, she listened to the wisdom of her mentors and joined the ICO faculty.

Today, Dr. Kattouf is an associate professor at ICO and chief of the Pediatrics and Binocular Vision Service and a clinical instructor at the University of Chicago. Her goal each day is to inspire those around her to be the best they can be. “Optometry as a career tends to have a positive air around it,” she says. “Our patients and students appreciate us, and we can influence them in positive ways. Things we do have a big impact on patients’ lives, such as addressing someone’s struggles with reading or prompting earlier diagnosis of a systemic disease because of its effect in the eye. And I enjoy being able to show students what they are capable of. Even though I’m incredibly busy sometimes, I’ve never come to work a day in my life disliking what I do.” 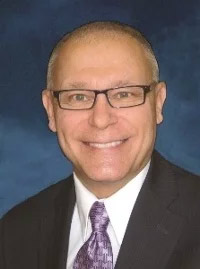 Dr. Gailmard describes his path to the optometric profession as practical. Receiving excellent optometric care as a child, including the prescription of vision therapy and glasses, helped to shape his perception of the field, but his decision to pursue a Doctor of Optometry degree was based on his assessment of the field as a freshman in college. He went to the library and researched key aspects of many different careers, including educational requirements, nature of the work, income potential and outlook for the future. “I was interested in medicine and the health professions, but I also had an entrepreneurial spirit and I wanted to be my own boss,” he says. “Optometry seemed to be the best fit for me.” Dr. Gailmard points out this gem about optometry as well: “Most college majors don’t lead you directly to a career; there is still a great deal left to chance and you must work your way up the career ladder for several years. Professional school was challenging, but it was fun at the same time, and as soon as I graduated I started to practice my profession.”

When he first graduated from optometry school, Dr. Gailmard opened his own practice from scratch, but also became a clinical instructor at ICO to supplement his income. He stayed with ICO for 20 years, finding that he loved teaching, which he still does at optometry schools and professional conferences today. And, while he also loved providing medical eye care for patients for the first 20 years of his career, he subsequently earned an MBA degree in order to change his focus to the business aspects of optometry. Currently, he’s still CEO of Gailmard Eye Center in Munster, Ind., but is also co-founder and president of Prima Eye Group, where he works as a consultant to help optometrists manage their practices. He is a great example of how many career options exist in optometry. “There are many different modes of practice and many opportunities to change your career as you go along,” he says. “Change keeps the work fresh and exciting.”

Your Bright Future in Optometry Awaits

Dr. Gailmard believes optometry is a terrific career choice for today’s students, citing that most publications that cover the outlook of various careers rank it even higher today than when he was exploring it because of the huge need for eye care. “Optometry is a very rewarding profession because you can help people to preserve and maximize their eyesight,” he says. “You can own your own practice, which allows you to be your own boss and follow your career goals and dreams. The typical income range is quite high for optometrists and has unlimited potential. The scope of practice for optometry has expanded quickly over the past 50 years to go far beyond refraction, eyeglasses and contact lenses, to include the medical treatment and management of eye disease. Technology holds the promise of rapid advancements in the years to come.”

Dr. McPhillips couldn’t agree more. Optometric career options exist to satisfy just about any aspiration, he says. “There is just so much opportunity. One can work in private practice, pediatrics, a commercial setting, contact lenses, ophthalmic practice, ocular disease; the list goes on. Furthermore, the field is always moving toward bigger and better things. We have an expanded scope of practice and amazing technologies that improve what we can do to help patients here and abroad. As a primary eyecare profession, optometry can really have a great effect.” And that’s quite inspiring.

Are You a Doctor of Optometry Who Wants to Share Your Inspiration?

If you’re an optometrist who would like to spread the word about what a great career choice optometry can be, learn more about the new program from the Association of Schools and Colleges of Optometry (ASCO), Inspiring Future ODs. The program is a practitioner-based effort that encourages Doctors of Optometry to speak to their patients and other qualified young people about optometry as a rewarding career. Register and learn about the free, readily available resources the program provides at ASCO’s website.