This line from the great British song writer is so descriptive of Optometry’s newest institution. A mountain of stone was taken down inch by inch. As long as it has taken education to be reborn in
central Appalachia, so it seems the time and effort has stretched beyond our original imaginings of a school in an area comprised of both unserved and underserved vision care. 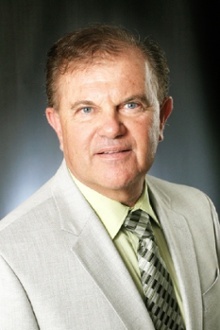 The successful completion of the first semester of the first year which was much like a mountain morning fog has now been completed. The students adapted well to the concept of block exams which comes from the joint Medical school classes for parts of the curriculum. The students take only one exam every set block of weeks. There is one exam covering all topics covered in the block, timed, computer based and given in a morning and afternoon session. This will help prepare them for the National Board format on a routine basis. The founding class of the Kentucky College of Optometry performed to a degree of excellence in this very new and demanding assessment style. All students advanced to the second semester. Ten scholars were named to the Dean’s list.

The Student Governance Officers have formed active working member groups to round out the complete experience of the developing Optometry curriculum. The first semester saw Volunteer Optometric Services to Humanity (VOSH), The National Optometric Student Association (NOSA), Lion’s Club and Sport’s Vision clubs organized in the first class. The level of maturity these students exhibit speaks to the careful selection of the inaugural student body from more than 400 completed applications, in KYCO’s extremely shortened 2016 recruitment cycle, for a class of 65 students.

The second semester dawned very rapidly and the students will move into a structure of magnificence, motivation, and inspiration. The building houses the Kentucky College of Optometry’s 107,000 square feet of state of the art classrooms, clinical education laboratories, basic science laboratories, and primary care surgical operatories.

The specific primary care surgical aspects of their curriculum will become more evident in the second semester. Ocular anatomy, for example, has basic science anatomy educators from the Kentucky College of Optometry and the College of Medicine. More clinically applicable portions of the course are taught by an oculoplastic surgeon and a primary care Optometric surgeon. Specific primary care surgical procedures in the hands of the Optometric community make perfect sense for the ongoing protection of the vision of the population of our nation.

The Kentucky College of Optometry encompasses an area that needs advanced eye care. According to American Community Survey data published by the United States Census Bureau, an estimated 2.26% of the US population has vision difficulty. If you compare this number to Kentucky’s 3.14% one can see the need for vision care in the state. But, when one examines the 15 counties closest to KYCO, a stark reality appears. All 15 have vision difficulty percentages in excess of 5% while six are in excess of 9%. Nearby Owsley County shows 14.18% of its residents have vision difficulty.

The successful completion of the first semester of the first year which was a fog months ago, now basks complete in the warm mountain sun.  The students and faculty have joined together to build what some said was unbuildable, to staff which some said was unstaffable, and to teach to a class many argued was unobtainable. Fortunately for Optometry, “can’t” “won’t” and “shouldn’t” are words not found in the mountain vocabulary.