Opportunities with the U.S. Indian Health Service for Optometrists and Optometry Students

Here at Eye on Optometry we’re all about sharing information that’s useful to anyone thinking about pursuing a career in optometry. If that’s you, you should be aware of the opportunities available for Doctors of Optometry and optometry students through the Indian Health Service (IHS). IHS is the agency within the U.S. Department of Health and Human Services responsible for providing health care to American Indians and Alaska Natives. IHS employs all types of health professionals, including optometrists.

With the IHS, optometrists provide comprehensive eye care in adventurous, culturally rich, mostly rural areas of the country. In 35 states (primarily in the West, including Alaska) they provide care for patients whose medical needs are often underserved and they do it alongside other health professionals as part of multidisciplinary health teams.

Optometrists working with the IHS fulfill crucial roles in clinics, hospitals and public health outreach programs that are important to the health of individuals, families and communities. IHS uses three human resource systems for recruiting and employing ODs: the U.S. Public Health Service Commissioned Corps, the Civil Service, and direct tribal hire. According to the IHS website, the Commissioned Corps and Civil Service provide federal benefits, while direct tribal hire is similar to employment in the private sector as benefits are provided by the individual tribal entities. 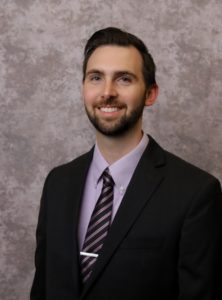 Dr. Rich graduated from Northeastern State University Oklahoma College of Optometry in Spring 2018 and began working at the Redbird Smith Health Center in Sallisaw, Okla., on Aug. 1. The facility, located on five acres at the edge of the Sallisaw city limits, was the first Indian health clinic to be constructed from the ground up under Cherokee Nation management. “As a member of the Cherokee Tribe, I was able to apply for the scholarship once I had received my acceptance letter to optometry school,” Dr. Rich explains. “The scholarship helped me with tuition and education-related equipment fees. I was required to reapply for the scholarship each year as well as maintain a certain GPA and obtain a letter of good standing. After being accepted for the scholarship, I signed a letter of intent to work within the Indian Health Service for a period of time equal to the amount of years I received the scholarship. However, it’s my personal career goal to continue working within IHS after my required time. As a tribal member myself, I specifically feel called to work within IHS and to give back to a community that suffers from many forms of ocular disease. Growing up in a Native American community, I have seen first-hand the affects that diseases such as diabetes have on someone’s vision and quality of life. I feel that working with IHS is my opportunity to make a positive impact on the health and education of fellow tribal members.”

Dr. Rich says he considers himself lucky to be able to practice at a clinic that has an affiliation with his optometry alma mater because it allows him to mentor current optometry students. He’s also happy to be working in northeastern Oklahoma, where he was raised. “Being able to serve so close to home is something I’m very excited about,” he says. “Since August everything has been going fantastic. I couldn’t ask for a better working environment.”

For optometry school graduates, IHS also offers one-year residency programs, in areas such as Primary Care, Cornea and Contact Lenses, and Low-Vision Rehabilitation. All of the residencies are associated with the Southern California College of Optometry at Marshall B. Ketchum University and filled through the ORMatch system.

In addition, IHS operates an education loan repayment program for health professionals, and optometrists are among those eligible to apply. Under the program, qualified school loans are repaid up to a certain amount for clinicians who commit to practicing for at least two years in health facilities serving American Indian and Alaska Native communities in areas of greatest need.

What’s in Store for Your Optometry Career?

For more information about opportunities for optometry students and optometrists with the Indian Health Service, explore the IHS website.