Dr. Harris is an Associate Professor at Western University of Health Sciences, College of Optometry. She joined the faculty in 2008 and is the course leader for Principles and Practice of Optometry, teaching ocular health assessment skills in the anterior and posterior segment courses. In addition to the didactic teaching, Dr. Harris is actively involved in clinical education of 2nd and 3rd year interns while serving in the primary care module the Eye Care Center.

Dr. Harris attended Indiana University where she received her degree in Chemistry in 1989 and graduated from Indiana University School of Optometry in 1993. After graduation, she moved to Southeastern Michigan and practiced primary care for over 10 years in the Detroit Metropolitan area. Her clinical experience includes working in a variety of urban practice settings including a multi-discipline medical center. The demographics of this community provided a wide diversity of challenging cases and a large amount of pathology to diagnose, treat, and manage.

In 2004, Dr. Harris began her career in academia at her alma matter as a Clinical Assistant Professor and Chief of Primary Care Clinics for 4 years.

Dr. Harris is a fellow of the American Academy of Optometry, has served on the Academy’s admissions committee, and has lectured numerous times at various Academy meetings. She has served as an examiner for the National Board of Examiners in Optometry and currently a remote examiner for NCCTO. She has also served on the ASCO clinical affairs committee along with the diversity and cultural competency committee. Her service continues as a member of the American Academy of Optometry, American Optometric Association, and the National Optometric Association. In 2008, Dr. Harris was reported to be the first optometrist to join the American Society of Hypertension. 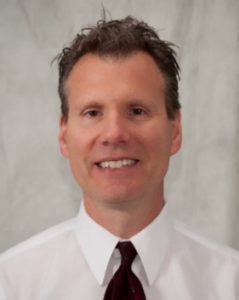 Daniel Roberts completed his OD degree at the Indiana University School of Optometry and completed residency training in Hospital Based Primary Care Optometry a t the VA Medical Center in Danville, Illinois. He has an MS degree in Clinical Research Design and Statistical Analysis from the University of Michigan’s School of Public Health, and he holds a PhD in Epidemiology from the University of Illinois at Chicago School of Public Health.

He is a Professor and full-time faculty member at the Illinois College of Optometry and much of his time is devoted to clinical instruction and research. Previously he has held administrative positions at the College, including the Director of Community Based Education. He currently holds adjunct faculty appointments at the University of Illinois at Chicago’s Department of Ophthalmology and at the School of Public Health where he is a course instructor in epidemiologic methods.  His primary research interests involve the study of pigmentary glaucoma syndromes, and he also studies diagnostic IR imaging techniques for pathology involving the iris.