If you’re thinking about becoming an optometrist, chances are you also lean toward the entrepreneurial side of life. Lots of optometrists do. According to a survey by the American Optometric Association, 53% of ODs are practice owners.1 Eye on Optometry caught up with three recent optometry school graduates who started their own practices, and are very glad they did. 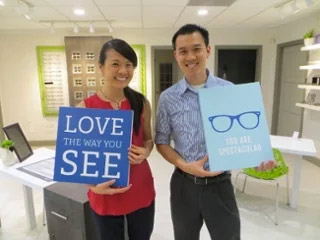 The reasons these three optometry school grads wanted to own their own practices are similar. They want to be in charge of how they practice; they want to create the practice culture; and they want to be the ones making the important business decisions that will affect their lives and the lives of their patients. “First and foremost, we want to build a practice that embodies the type of care we want to provide,” says Valerie Lam, OD, FAAO. After graduating from Southern California College of Optometry at Marshall B. Ketchum University in 2012 and completing a residency in Pediatrics and Vision Therapy, Dr. Lam and aformer classmate, Thanh Mai, OD, opened Insight Vision Center Optometry in Costa Mesa, Calif., in May 2015. They chose to focus the practice on vision therapy and orthokeratology. “By focusing our efforts, we can become great in those areas and really make our practice stand out,” she says. “We had worked at other offices that do things well, but perhaps not exactly the way we would do them ourselves. For example, if we want to make sure that a patient is 100% satisfied with his or her glasses, we can have an ‘until satisfaction guaranteed’ return policy, whereas another practice may limit returns. If we believe in putting the patient first in all we do, then bending over backwards for the patient will ultimately pay off in the long run.”

Dr. Lam and Dr. Mai wanted the practice to be self-sustaining financially, so they applied for and received a small business loan, which got them up and running until the business started generating money on its own. “People think you have to have a lot of money sitting in your personal bank account to start or buy your own practice, but I learned from this experience that it’s not as hard as you think,” Dr. Lam says.“Getting a bank loan was actually rather easy.” She and Dr. Mai also had their families in mind when they decided to go forward with their plans to open a practice. “With a 2-month-old baby at home, owning my own practice allows me to have control over my schedule and to be there for my family when I need to be,” she says. “It allows me to juggle my responsibilities as mom, wife and doctor.”  Currently, Insight Vision Center Optometry has one location and three employees, all of whom are aspiring to become optometrists.

Shaping Their Own Optometric Careers 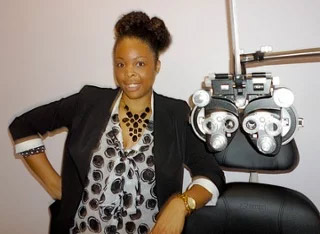 Rosalyn Coleman, OD, a 2010 graduate of Southern College of Optometry who completed a residency in Pediatrics and Binocular Vision, also opened her own practice cold, i.e., from scratch. She opened her doors at Envision Therapy in Woodstock, Ga., in 2014. Like Drs. Lam and Mai, she chose a focus. After her residency, she worked in numerous types of practices, but as she describes, “However, I always knew that I eventually wanted to have my own specialty vision therapy practice. When I first started out, I thought I wanted to have a primary care office that included vision therapy, but I quickly realized two things. I didn’t want to be involved with insurance plans, and I needed to offer something that made me unique, something that separated me from the hundreds (or thousands) of other optometrists in the Metro Atlanta area. So I let the idea of primary care go before choosing a location and decided to focus solely on vision therapy and specialty, private-pay care.” Since her start, Dr. Coleman has added orthokeratology and specialty contact lens fits to the practice. “Two more ways to provide top-notch, customized care to my patients in an environment where they don’t feel rushed and don’t have to wait long to be seen,” she says. “I love having this type of flexibility to change, re-imagine, or add aspects to my practice so that I stay happy as well.”

Dr. Coleman took out a bank loan to get started. The funds enabled her to purchase equipment. She notes that one benefit of having a specialty practice is needing less funds compared with a primary care practice. “I don’t have an optical or need a lot of staff to operate efficiently, so my overhead is fairly low. And, fortunately, the location I chose allowed me to have 14 months of free rent, which helped with having extra funds for marketing, etc.” Because she doesn’t accept insurance, Dr. Coleman spends significant time attending networking events and introducing herself to other professionals and doctors in order to get the word out about the services she offers. The practice has one location and one staff person, who sees the majority of the vision therapy patients while Dr. Coleman carries out evaluations and consultations and goes to networking events. “Because I don’t accept insurance, we’re able to maintain the office really well without any extra help,” she says. “Eventually, as we grow, I’ll add staff.” 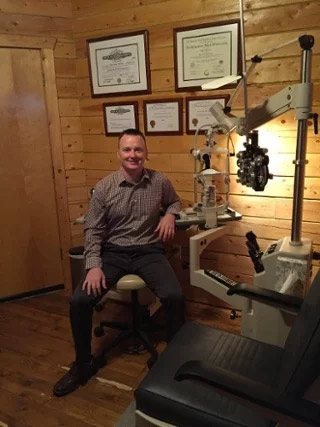 Wyatt Williams, OD, launched his own practice, Keys Eye Care in Park Hill, Okla., shortly after graduating from Northeastern State University Oklahoma College of Optometry in 2015. He purchased a small existing practice and also the equipment and records from a practice that had closed. “Both previous owners are carrying the note, so financing was not much of an issue,” he says. “I took out a small loan for operating expenses and do a little bit of fill-in work to supplement my income.” Dr. Williams currently offers full-scope optometric care, referring patients out when necessary for imaging with equipment he doesn’t yet have. He plans to buy one piece of equipment at a time until he has everything he needs to manage any ocular disease. “I haven’t focused in any one area yet,” he says. “I’m still getting a feel for my interests and what services are most in demand in my location.” Dry eye and low vision are areas Dr. Williams says he may want to expand.

Originally, Dr. Williams was working out of two locations. He stayed open at the existing practice he bought and re-opened the one that had closed. After several months, he decided to combine into one office, the busier of the two. He currently has three employees: one person who covers the front desk and handles orders and billing and two technicians/scribes. “Everyone is cross-trained to fill in at any position if needed,” he says.

So Far, So Good

Dr. Williams says being a practice owner was stressful at first, but he enjoys seeing all of his work coming together and getting feedback from patients. “There are lots of decisions to be made upfront that can affect the future of the practice significantly,” he says. “But it’s nice to be able to make changes to improve patient care and increase efficiency and see the improvement immediately.” Dr. Coleman, too, is seeing all of the effort and hard work she put in at the beginning of her venture starting to pay off. As she describes it, “Owning a practice has been the most awesome, challenging, gratifying and terrifying experience ever.”

While giving their all to making their new practices a success, Drs. Coleman, Williams and Lam also keep their long-term goals in sight. Dr. Coleman would like to open another office in another part of the metro area where there’s a need for specialty care. Dr. Williams would like to build a larger building, fully equip it with state-of-the-art technology and hire an associate. And Dr. Lam looks forward to “building our network of referral sources so that people know what we do and know that we do it the best in town.”

Blog
Is Your Son or Daughter Interested in Optometry School?
ASCO Celebrates 75 Years – A Look Back by Dr. Arol R. Augsburger – President, Illinois College of Optometry