The Association of Schools and Colleges of Optometry (ASCO) is pleased to announce the recipients of the 2019 Special Recognition Awards. 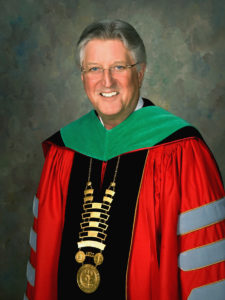 Dr. Arol Augsburger, President Emeritus of Illinois College of Optometry (ICO) is given this year’s Lifetime Achievement Award. This award recognizes an outstanding individual who, over an extended period of time, provided exceptional leadership to ASCO and to optometric education; made outstanding contributions to the optometric community; and displayed exemplary commitment and dedication to the association.

Prior to Dr. Augsburger’s appointment at ICO in 2002, he served 30 years in a variety of leadership roles in higher education, including the Interim Provost of UAB, Dean and Professor of the UAB School of Optometry, and Professor of Clinical Optometry at The Ohio State University College of Optometry.

“I am honored and proud to be named the ASCO 2019 Lifetime Achievement Awardee,” says Dr. Augsburger. “Indeed, it is recognition by colleagues in higher education who have revolutionized the profession of optometry during the last 50 years which is most gratifying. I have been fortunate to be an able part of that evolution of our profession during my career. Thank you.” 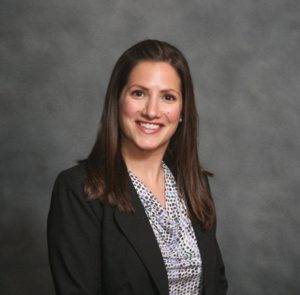 Sponsored by Oculus, the ASCO Rising Star Award is given to an outstanding faculty member or administrator with less than seven years of service. This year’s Rising Star awardee is Diane Russo, OD, MPH.

Dr. Diane Russo is an Associate Professor in the Department of Primary Care at New England College of Optometry where she is Instructor of Record for the public health course sequence. She is also an Attending Optometrist at the Codman Square Health Center in Boston where she precepts second, third, and fourth year students.

Dr. Russo received her OD from SUNY College of Optometry, her MPH from the Harvard T. H. Chan School of Public Health, and received residency training at the West Haven VAMC. She is Chair-Elect for ASCO’s Public Health Educators Special Interest Group (SIG) and is an active member of the AOA and Massachusetts Society of Optometrists, serving on the Health Promotions Committee and Legislative Action Committee, respectively.

“I am incredibly honored to be nominated and chosen for this award,” says Dr. Russo. “It has been an amazing privilege to be able to care for patients, while also contributing to the profession by educating future Doctors of Optometry.”

The ASCO Ophthalmic Industry Leadership Award recognizes an individual from a current or past Corporate Contributor partner company who demonstrates exemplary support of ASCO and its member institutions. The individual serves as an example for his/her colleagues in industry, and has made exceptional and meaningful contributions to the advancement of ASCO and optometric education.

“Supporting optometric education today is the best investment we can make for the future. By working together – ASCO, academia and industry can create a better tomorrow in vision care,” says Dr. Weisbarth.

Dr. Lester Janoff Award for Writing Excellence
The Dr. Lester Janoff Award for Writing Excellence recognizes the outstanding writing of a research article published in the ASCO Journal Optometric Education. The award is named in honor of Dr. Lester E. Janoff, editor of the Journal from 2002-2005, and long-time member of the editorial review board who was known as an exceptional optometric educator, administrator, contact lens clinician and researcher. Dr. Janoff was also a beloved mentor of young writers.

Drs. Mark Dunne and Bhavna Pancholi of Aston University are this year’s recipients. Their article, Virtual Patient Instruction and Self-Assessment Accuracy in Optometry Students, was published in the Winter-Spring 2018 (Volume 43 Number 2) of Optometric Education. 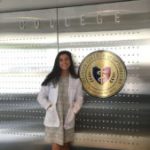 ASCO and the Ethics Educators SIG announces Negar Sohbati as this year’s winner. This annual award, sponsored by Alcon, provides the winner with a stipend and plaque.

Negar is a student at ICO and is expected to graduate with her Doctor of Optometry degree next year. Her winning essay, Optometrist as Mandatory Reporter: What is Our Obligation to Keep the Roads Safe for All? will be considered for publication in Optometric Education.