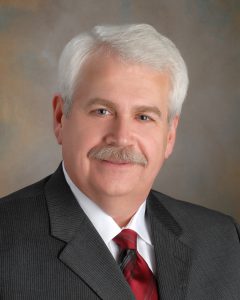 ROCKVILLE, MD, March 10, 2015 – The Association of Schools and Colleges of Optometry’s (ASCO) President-elect and President of the Southern College of Optometry, Dr. Richard W. Phillips was named Optometrist of the South by SECO International, a not-for-profit membership association comprised of optometrists from 12 southern states.

Dr. Phillips was honored in part for his leadership that led to the construction of a new academic complex to encouraging optometry students to become more involved in their profession at the regional and national levels.

“Congratulations to Dick on this great honor, the highest honor, given by SECO,” says Dr. Jennifer Coyle, ASCO President and Dean of the Pacific University, College of Optometry. “On behalf of the entire ASCO Board of Directors, we are grateful for his dedication and expertise.”

“I am humbled by this recognition from my peers and honored to be named OD of the South,” says Dr. Phillips. “As I continue to lead the Southern College of Optometry and soon become ASCO President, I remain committed to the students and graduates of all of our optometry schools and colleges and academic optometry.”

Dr. Phillips will begin his year as ASCO President on July 1.

The Association of Schools and Colleges of Optometry (ASCO) is a non-profit association representing the interests of optometric education. Founded in 1941 and headquartered in Rockville, MD., ASCO is committed to achieving excellence in optometric education and to helping its member institutions prepare well-qualified graduates for entrance into the profession of optometry. Its membership encompasses the schools and colleges of optometry in the 50 states and Puerto Rico. A number of optometry schools outside the United States are affiliate members.

Blog
ASCO Positively Affects the State of Optometry in Mexico
Members of the Federation of Associations of Schools of the Health Professions, including ASCO, welcomes the 114th Congress