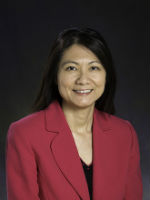 For parents of a new child, the list of concerns is endless—limiting germ exposure, diaper rash, formula versus breastfeeding. As children get older, the list of worries change, but it doesn’t get shorter. Least of these concerns, for many parents, is a child’s optometric health.

Maybe a child’s optometric health should be of more concern. According to the American Optometric Association, or AOA, “an estimated one in five preschool children have vision problems,” and a quarter of U.S. school-aged children wear corrective lenses. Since optometric issues have the potential to worsen over time, early diagnosis and treatment are essential.

“What drew me to pediatric optometry is my ability to effect a life-long change in a child who has undiagnosed vision problems by making the diagnosis and providing treatment,” says Dr. Ida Chung, the associate dean of academic affairs at Western University’s College of Optometry.

What many may not realize is that eye and vision complications can affect the rest of a child’s life and development significantly—including their social interactions, school performance, and self-esteem. If left untreated, the AOA maintains that vision disorders could affect an individual well into adulthood, especially with regards to education and employment.

The AOA also says that by the age of six, a child is susceptible to over four vision-obstructing conditions. From six months to five years, over 20 percent of children could have farsightedness, or hyperopia. Children who have hyperopia have a higher risk of being cross-eyed or lazy-eyed. If left untreated, lazy eye could lead to severe vision loss.

The four most high-prevalence optometric conditions for children six months to six years of age are nearsightedness, farsightedness, astigmatism, and anisometropia. Astigmatism is a condition caused by an irregular shape of the eye or curvature in the lens of the eye. Anisometropia is a condition in which both eyes have a difference in refractive power (meaning one eye could be nearsighted and another could be farsighted).

The three most high-prevalence optometric conditions for children five years to 17 years old are farsightedness, nearsightedness and astigmatism. With visits to a child’s Doctor of Optometry, all of these conditions can be treated.

According to Dr. Chung’s study with a retired elementary school teacher, “A Vision for Learning: A Teacher’s Handbook,” one of the most important things to consider about pediatric optometry is that sometimes, children may not be able to explain how they see the world. They may not realize that what they see is unusual or that other people don’t see the world in the same way. Infants can’t even talk!

“What is different about the care for children versus adults,” Dr. Chung says, “is the area of vision-related learning problems, and the treatment of vision problems through optometric vision therapy.”

Pediatric optometry becomes even more important as the new school year begins. Vision problems can negatively impact a child’s success at school if not detected and addressed appropriately. The vision tests that the school nurses issue simply won’t cut it, either, according to the AOA.

A 2015 AOA survey found that 89 percent of respondents had believed that the “vision screenings in school or pediatrician’s offices are effective in identifying vision problems that can adversely affect learning,” which the AOA says is simply untrue.

So as parents schedule their children’s annual physicals and immunizations to prepare for the new school season, they should mark annual eye exams on their calendars as well, if their child has not already had one in 2019.